I started running again recently, as in…yesterday. It was likely my 3,289th restart. I hate it. Running, that is. I suppose it’s possible that if I were to run regularly and keep it up, for once, I might eventually fall in love but I just don’t see that happening. I once ran consistently for about 3 months and I still dreaded every run. Some of us are runner lovers and some of us are not. I do like the feeling I get after each run. However, it’s not that of an endorphin rush, increased energy or great accomplishment that you runners rave about. It’s that of cheating death. Yay me…I did it again…I didn’t die. While running, that’s all I think about. Death. I just want to die. Literally. And then I think of Kevin and Rubina and I keep trying to live…blah, blah, blah. I’m never shooting for a new personal record or certain mile marker. I’m simply striving to burn some calories and stay among the living simultaneously. It’s not easy. On my last running stretch (sometime back in March) I was close to enjoying each run but then I would get 4 1/2 seconds in and remember that it was terrible and I was terrible at it. I will say, it does get easier with time. A lot of time, though. You runners make it look so easy; just a bronzy glow as you breeze by me for the zillionth time in your perfectly coordinated running shorts, fancy shoes and crisp white earbuds attached to your cool arm band. The cool armband that I can only assume is filling your ears with a repetitive chant that goes something like this…You look amazing. Feel the burn. It hurts so good. You’re so much better than everyone else. Did you just see that chubby indian go by? You don’t see many of those… And so on. Yes, I’m jealous of you. You picked up on that? One would think I would smarten up and just stick to it for once. Well, after last nights torturous run, after I realized I had cheated death yet again, I got to thinking… It’s possible I do need a goal greater than not dying. Although not dying is a reasonable goal to have as it pertains to pretty much anything, maybe I ought to raise the bar just a little bit higher than avoidance of death. Perhaps that would be the key to actually sticking with it and possibly even loving it, eventually. Whoa…pump the breaks…loving it? See how I got ahead of myself there? That was hilarious. A dear friend of mine, and avid runner, has been asking me to do a 5k with her for months now. Did you know that running a 5k entails running 5 kilometers in a row. Consecutively. Not 1k at a time or, in my ideal world, 1/2k at a time. The whole 5 is to be run all at once. It’s a lot to ask, frankly. I keep purposely missing deadlines and avoiding the topic all around but I decided today that it’s time for me to work hard, follow through and run my first 5k. Ever. While, this may not be an incredible, personal triumph for any of you, for me this is big. I’m telling you this for two reasons. First, if I die, I want you all to know I went down breathing heavily and, probably, praying for death. So, if I succumb to death while running you will find peace in knowing its what I wanted at the time. Secondly, I’m looking to the world wide web to hold me accountable (yes, I pretend that every time “www” is typed anywhere, writtenbyresh.com follows. and yes, I know you no longer have to actually type “www” but only by accident because I overheard someone making fun of their elderly mother who is apparently the only person, aside from me, who still types “www”). So, it’s done then. I’m signing up for my first 5k. It’s called the Rescue Run which raises money in order to benefit and help orphaned children around the world. I’m thrilled to have this as my first real run as I was once an orphan myself. THIS is a cause that actually makes me excited about running. 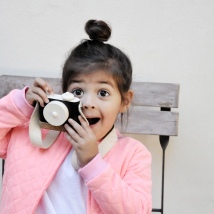 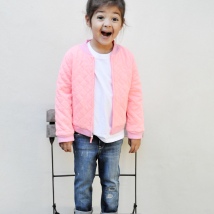 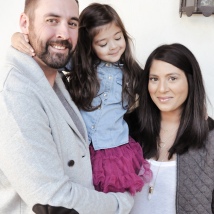